Forty Years in the Struggle: The Memoirs of a Jewish Anarchist 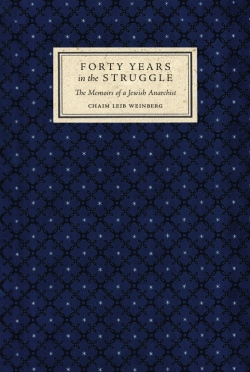 Forty Years in the Struggle: The Memoirs of a Jewish Anarchist

This story, told by one colorful figure among the anarchists of Philadelphia, does not tell the entire story of the city’s movement, nor does one man’s experience with anarchism present the long and dramatic saga of the idea and its believers. The memoirs of Chaim Leib Weinberg offer an interesting sliver of a larger picture, holding to an exclusively working class, folkloric niche. The author was an incredible orator and story teller: these were the talents that set him apart from most of his contemporaries. Because he devoted half a century to practicing his oral craft, he left a clear mark on the radical culture he lived within.