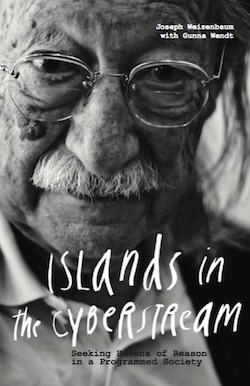 Joseph Weizenbaum is best known in the English-speaking world for his 1976 popular critique of artificial intelligence, Computer Power and Human Reason. His reputation in Europe continued to flourish, however, as he wrote and spoke for German-speaking audiences until his death in 2008. Islands in the Cyberstream: Seeking Havens of Reason in a Programmed Society is an extended interview with Weizenbaum, originally published in German in 2006. Imaginitive, iconoclastic, and always insightful about the role of computing in society, this book is a great introduction to the thought of Joseph Weizenbaum as it has evolved over the decades.