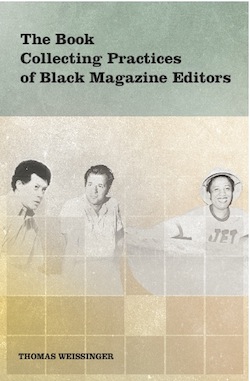 This study is of interest to librarians, library educators, bibliophiles, historians, laypersons, and students of American culture. Building upon prior research in black bibliography, the study examines the reasons why certain black press editors sought to assemble personal libraries of their own. It focuses on the minds of the persons who assembled these collections. It considers the effect of racial ideology on their collection building activities. The study also takes a look at how their collections are configured and what makes them useful.

A mixed-methods approach is used for data analysis. Historical analysis based on primary and secondary sources is used to discern the racial ideologies and personal experiences of the three bibliophiles. Text network analysis is used to analyze the structure and configuration of their personal libraries. Uncovered are the relations between important subjects and various forms and genre styles. These are prescriptive in nature and offer practical guidance in terms of how to build functional African American personal libraries.