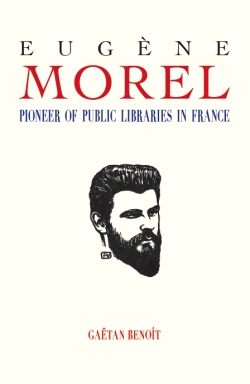 This study is a critical account of the works of Eugène Morel (1869-1934), a French Librarian who, along the lines of such eminent public library pioneers as Edward Edwards and Melvil Dewey, made a remarkable contribution towards the development of public librarianship in France. Morel was genuinely interested in all facets of librarianship and played a dominant role in molding the development of most of them. His writings on the profession, more particularly his two books, Bibliothèques: Essai sur le dévelopement des bibliothèques publiques et de la librarie dans les deux mondes, and La Librarie Publique made a fitting testimony to the life’s work of a very active library pioneer. His relationship with the British and American Library Associations helped to bring closer the French professional association to both of them. Morel had an “avant-garde” view on the automation of libraries and was the first to encourage the employment of women in French libraries. It is to be regretted that the work of a true library pioneer has gone unrecognized for such a long time.

Buy from Barnes and Noble
Buy directly from Litwin Books

One comment on “Eugene Morel: Pioneer of Public Libraries in France”